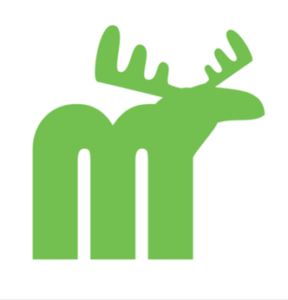 The idea for GeoMOOSE (Geographic Map Open Objects Source Environment) began in the City of Saint Paul Public Works Department in 2003. The city had just collected a massive amount of aerial photo data and all the Public Works employees were copying these images onto their hard drives. This situation soon began to create a stress on the Department's IT system. Robert Basques, then a Public Works employee, began to notice this inefficiency and came up with a brilliant idea. He created a single server that hosted all the aerial photos. This creation was the genesis of GeoMOOSE, then only known as MOOSE.

Basques dedicated his time to developing MOOSE until it was able to handle four layers of data running at one time - a substantial achievement for this point in time.  Consequently, his work did not go unnoticed. In 2004, James Klassen and Daniel Little, both Information Systems Personnel, determined Basques could use all the help he could get on this project. So from 2004 to 2006, Klassen and Little began to develop a more sophisticated interface for MOOSE. Soon, the program was able to support 12 layers. But the team didn't stop there. Within short order they advanced the capabilities of MOOSE so that it could efficiently handle 30+ layers.
By 2006, MOOSE was drawing enough attention that St. Paul staff realized it had capabilities that would be of value to other local governments. Thus, in 2006-2007, a Minnesota and North Dakota collaborative program, OpenMNND, supported the launch of an Open Source rebuild of MOOSE. This endeavor was funded by a FGDC CAP grant and managed by Brian Fischer of Houston Engineering. The result was GeoMOOSE 1.0.0, an intuitive, Open Source software program with the goal of improving local government's abilities to provide GIS data to the public. At the time it was released, GeoMOOSE 1.0.0 could run on a web server or as a localized, standalone webpage - another significant technological development.
Since the release of GeoMOOSE 1.0.0, both the developer and user community have grown substantially. A developer's website (geomoose.org) was launched in 2008 and to this day provides software documentation and a way to download the latest version of the software. In addition, there have been numerous workshops on GeoMOOSE at state, regional and international conventions such as MN GIS/LIS, UMGEOCON and FOSS4G. Furthermore, since 2013, GeoMOOSE has been an officially sanctioned software of the worldwide standards body for Open Source software, the Open Geospatial Software Foundation (OSGeo).
Today, GeoMOOSE can be found as the backbone visualization software on websites around the world.  Meanwhile, a growing developer community is providing expanded educational outreach and training opportunities through various workshops, lectures, and conferences. Thus, the GeoMOOSE community is proud to be working every day toward its goal of efficient and effective use of geospatial information for all.